Calvin Klein Inc. is an American fashion house founded by Calvin Klein towards the end of the 1960s. The company is known for its minimalism, classic aesthetic, and casual fits.

Klein’s addition of his name to the back pocket of designer jeans started the designer jeans craze in the 1970s. Calvin Klein is renowned worldwide for its jeans, casual wear, undergarments, and perfumes.

In 1997, the brand added watches and a jewellery range to its portfolio. The company’s “cK” emblem is as well-known as its brand name, and it appears on a variety of its products.

Calvin Klein Inc. launched the brand’s first perfume Calvin, in 1981. Since then, the company has launched many new perfume collections, which typically turned out successful.

Calvin Klein has a long and extensive history in perfume manufacturing. The company has up to 175 perfumes in their fragrance base. The oldest edition was made in 1978, and the newest one was manufactured in 2022.

Euphoria Women has been described as a glamorous, sexy, and exciting perfume with an exhilarating scent. It has an oriental fragrance reminiscent of black orchids, exotic fruits, intoxicating florals, and a whiff of cream.

The top notes of Euphoria Women are Pomegranate, Persimmon, and Green Accord. The middle notes are Black Orchid, Lotus, and Champaca, while the base notes are Mahogany, Amber, Black Violet, and Whipped Cream.

Euphoria Women is a particular favourite for many women. As a result, this fragrance has enjoyed grand success. Euphoria Women won the FiFi Award Fragrance Of The Year Women’s Luxe 2006.

2. CK One By Calvin Klein

Calvin Klein’s CK One is a Citrus Aromatic fragrance for men and women. In 1994, CK One made its debut. CK One was created by Alberto Morillas and Harry Fremont.

Calvin Klein’s Ck One perfume merges the fire and passion of two bodies, two thoughts, and two souls. With one enticing aroma, this sexy cologne unites man and woman.

CK One is a multilayered perfume with a clean, enticing, and refreshing fragrance. The top notes of CK One are Lemon, Pineapple, Green Notes, Cardamom, Papaya, Mandarin Orange, and Bergamot.

Calvin Klein’s Obsession is an Amber Spicy fragrance for women. Obsession was first released in 1985. Jean Guichard created this scent.

Obsession for ladies is a pleasant, oriental fragrance created with mandarin, bergamot, and peach essences. In addition, Obsession is a nighttime scent that includes lemon, jasmine, and oakmoss notes.

Eternity by Calvin Klein was launched in 1988 for women. This floral fragrance is all thanks to Sophia Grojsman, and has been very successful since its creation.

Eternity was designed as a tribute to Calvin Klein’s marriage. It is described as a “hymn of eternal values: love, family, and peace.”

The top notes of Eternity are Citruses, Green Notes, Sage, Mandarin Orange and Freesia. The middle notes are Narcissus, Carnation, Violet, Lily, Jasmine, Marigold, Lily of the Valley, and Rose. The base notes are Sandalwood, Heliotrope, Patchouli, Musk, Sandalwood, and Amber.

Calvin Klein’s IN2U was launched in 2007. It is a set of two perfumes. Instead of unisex scents, CK IN2U is the first duo to be produced by Calvin Klein.

This fashionable pair is designed for the “techno-sexual generation,” as defined by Calvin Klein. CK IN2U represents the freedom and opportunities young people have to explore the world.

The urban bottle houses the young and sexy juice, which is straightforward and appealing in minimalist form. Calvin Klein proves that he still understands what young people require with CK IN2U.

The top notes of this fragrance are Pink Grapefruit, Sicilian Bergamot and Red currant leaf. The middle notes are Cactus and Orchid, and the base notes are Vanilla, Red Cedar and Amber.

The scent of this perfume is described as a fresh floral scent with a hint of red currant leaves and a woody oriental background. It smells divine.

CK One Shock, a citrus unisex fragrance released in 1994, is one of Calvin Klein’s most popular scents. CK One Shock is a pleasant surprise for all lovers of the CK One line.

The scent of CK One Shock For Him can be described as aromatic, spicy, and with deep oriental nuances. Its top notes are Lavender, Clementine and Cucumber.

Its middle notes are Basil, Cardamom, Osmanthus and Pepper, and its base notes are Musk, Tobacco, Amber, Woodsy Notes, and Patchouli.

CK One Shock For Him is available in 50ml and 100ml sizes of EDT, shower gel, deodorant, and aftershave lotion.

Beauty, a women’s fragrance from Calvin Klein, was released in October 2010. The scent was made to complement Calvin Klein’s clothing line and features an elegant fragrance composition that is not intended to be seductive, unlike Euphoria and Obsession.

The fragrance emphasised elegance, sophistication, timelessness, and beauty. The scent is excellent for mature women who prefer Calvin Klein models and appreciate the elegance and attitude of the brand.

Beauty is a fragrance for women who want to express their beauty, maturity, and healthy self-esteem. The top note of Beauty is Ambrette (Musk Mallow). The middle message is Jasmine, and the base note is Virginia Cedar.

8. Eternity For Men By Calvin Klein

Eternity by Calvin Klein is a masculine aromatic Fougere perfume released in 1990. Carlos Benaim is the nose behind this scent. Eternity is elegant, manly, and stylish and gives the wearer a boost of confidence. It also smells great.

Eternity leaves an enticing scent that distinguishes this perfume. Calvin Klein’s timeless classic may be worn at any time and every season. The top notes of this fragrance are Lavender, Lemon, Bergamot and Mandarin Orange.

Truth by Calvin Klein Truth was launched in 2000. This woody fragrance for women was created by Thierry Wasser, Alberto Morillas, and Jacques Cavallier.

Truth is a sophisticated scent that explores the contrast between the crisp, fresh notes of grass and the warmth of a woman’s skin. Truth has a fresh, clean scent that may be likened to a creek hidden behind fresh green summer grass. Truth is simple and natural, clean and fresh.

The top notes of Truth by Calvin Klein are Clover, Patchouli, Bergamot, Vetiver, Bamboo and Lemon. The fragrance’s middle notes are Sandalwood, Lily, Blackberry, Peony, Silkwood Blossom and Mimosa, and the base notes are Musk, Vanilla and Amber.

CK Be by Calvin Klein is unisex fragrance with a balanced scent of flowers and the earth. This sweet-smelling scent was introduced to the market in 1996, and has remained a favorite since then. It was created by perfumer Rene Morgenthaler.

The most notable scents you will smell one you open the bottle are sweet Mandarin Orange, Bergamot, Lavender, and Juniper. The mid notes are is deliciously fruity with scents from Peach, Mongolia, Jasmine, and Orchid, and the base notes has Cedar, Opoponax, Sandalwood, Amber, and Vanilla.

The CK Be is part of a collection that follows themes of inclusivity and liberality. The main message with this collection is that ‘we are one’ which is why the bottle is designed to illustrate the same message with a an inscription of the simple sentences in different languages.

Not only does the bottle have a crisp, simple and minimalistic design. The bottle is designed with new and limited technologically advanced features that gives users the different ways of of using the product. The CK Be fragrance collection are packaged in translucent bottles with a base of Mp3 soundbox that you can use to play music any time.

It implies that music transcends language barriers and conveys clear emotions regardless of spoken language. The speaker is mounted to the front of the outer container.

11. Obsession For Men By Calvin Klein

Obsession has a fruity citrus scent with floral and spicy notes. This Obsession scent can be traced back to one of the most famous fragrances of the 80s. Not only is it a potent fragrance, it also won the FiFi award of 1987.

The most prominent scents from this fragrance are gotten from Mandarin Orange, Bergamot, Cinamon. Grapefruit, Lavender, Lime, and Coriander. Its mid notes are from Nutmeg, Pine Tree, Red Berries, Carnation, Jasmine, Sage, and Brazilian Rosewood. The base notes are also made of Vanilla, Musk, Vetiver, Amber, Patchoulli, and Vanilla.

Reveal by Calvin Klein is a Floral Woody Musk fragrance for women. Reveal was launched in September 2014. The noses behind Reveal are Jean-Marc Chaillan and Bruno Jovanovic.

Reveal is a seductive oriental with notes of sun-kissed skin, sea salt, and a summer sunset. This fragrance trademark is sensual and rich sandalwood, which, along with other ingredients, forms the foundation.

Doutzen Kroes, a Dutch model, is the face of Reveal. The scent comes in 30 ml, 50 ml, and 100 ml Eau de Parfum bottles and body lotion and shower gel.

The top notes are Salt, Black Pepper, White Pepper and Pink Pepper. The middle notes are Iris and Ambergris, and the base notes are Vetiver, Sandalwood, Cashmeran, and Musk.

Secret Obsession has an appealing oriental floral scent that makes it an instant favourite.

The top notes of Secret Obsession are Rose, Nutmeg, Mace and Plum. Its middle notes are Orchid, Tuberose, Jasmine, Orange Blossom, and Ylang-Ylang. Its base notes are Cedar, Sandalwood, Orris, Amber, Cashmere Wood, Wormwood and Vanilla.

Escape by Calvin Klein is a Floral Aquatic fragrance for women. It was launched in 1991. Claude Dir created this fragrance. Escape is a gentle yet powerful feminine scent that melts your nose. It has a floral fragrance balanced by a whiff of marine scent.

The middle notes are Peach, Rose, Cloves, Lily-of-the-Valley, Jasmine, and Carnation. The base notes are Sandalwood, Musk, Oakmoss, Vetiver, Vanilla, Amber and Cedar.

CK One is one of Calvin Klein’s most successful perfumes so far. CK It is one half of a for him/for her set. Its scent is a rich oriental-floral scent with soft, feminine notes.

Its top notes are Peony, Red Poppy and Passion Flower. The middle notes are Jasmine, Mexican chocolate, Narcissus, and Blackberry, and the base notes are Vanille, Amber, Musk, and Patchouli.

Contradiction by Calvin Klein is a Floral Woody Musk fragrance for women. The Contradiction was launched in 1997. It was created by Ann Gottlieb and Daniela (Roche) Andrier.

Calvin Klein senses time passing and produces scents ideally in tune with specific eras and generations and set trends. Contradiction is one such example. Contradiction is the perfect fragrance for the bustling urban woman with a perfect blend of its floral and woody notes.

Its top notes are Lily, Peony, Lily-of-the-Valley, Orchid, Rose and False Jasmine. Its middle notes are Jasmine, Eucalyptus, Blackberry, and Lilac, and its base notes are Tonka Bean, Musk and Sandalwood.

Euphoria Men by Calvin Klein was launched in 2006 for men. This woody aromatic fragrance was created by Jean-Marc Chaillan, Loc Dong and Carlos Benaim.

The top notes of Calvin Klein’s Euphoria Men are Pepper and Ginger. Its middle notes are Cedar, Sage and Black Basil, and its base notes are Suede, Patchouli, Amber and Brazilian Redwood.

Calvin Klein is a well known and respected brand. It is known for its high quality and luxurious products, ranging from clothing items like t-shirts to accessories like shower products.

Calvin Klein captures eloquence and self-assurance in a bottle. But, because so many of their perfumes are so appealing, it might be challenging to choose one that is just right for you.

First, you should determine whether you enjoy fruity, floral, sweet, or sensual scents. Once you’ve narrowed it down, you may start selecting a few to sample before deciding on your favourite.

It could be necessary to visit a perfume shop and try them on before deciding on a choice, and that is perfectly acceptable. However, perfume can sometimes be just as personal as your clothes, and you should take as much time as you need to get the perfect fragrance for you. 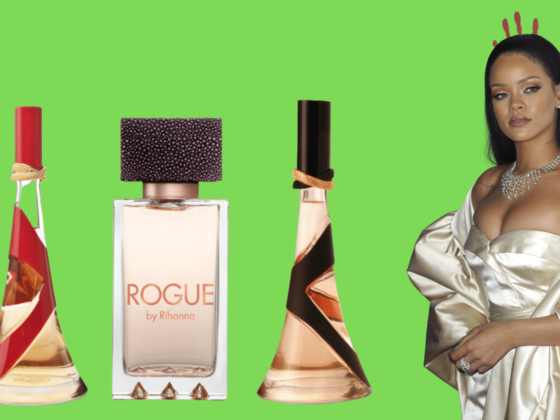 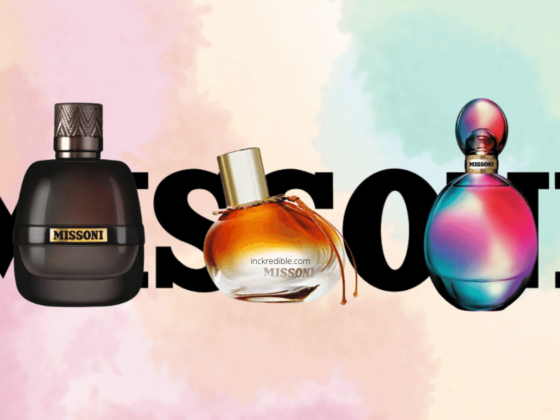 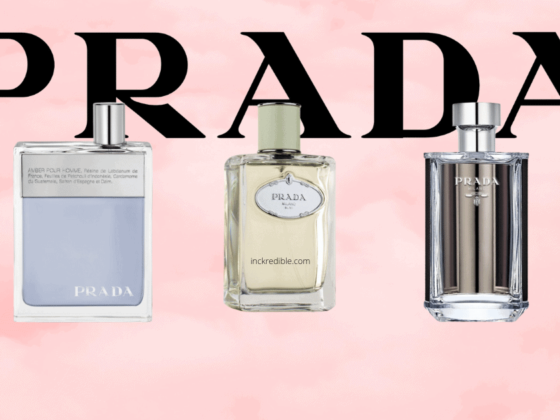